Jake grew up in Los Angeles, CA and moved to Eaton, OH when he was 16 where he finished High School. He attended college briefly at University of Hawai'i where he studied Marine Biology but quickly felt it was not where his passions truly lied. He transferred to Miami University of Ohio where he studied film, writing and stage production. After graduation he moved back to Los Angeles and had various jobs in Hollywood in film development for small production companies. He can even be seen briefly in Captain America: The Winter Soldier as an extra. He moved back to Eaton to buy his Grandmother's home after her unfortunate passing where he lives now. This move was the first domino raised to bringing Richmond their favorite comic book & collectible shop. In the future he hopes to create his own independent comics and short films inspired by his love of superheroes and comic books. But can he do it alone? Find out in the next exciting installment of "Comic Relief Adventures" to hit shelves on...! *end transmission*

Thank you for contacting us! If needed, you will hear back within 48-72 hours.

The Making of Legends

Comic Relief all started from a deep-seated passion for comic books and superheroes at a young age from Manager and Co-Owner: Jake. When he realized there was a moment to strike on opening up his own shop near his house, he didn't hesitate. He saw a void that desperately needed filling and thus began the long and grueling journey of opening a small, local business. Comic Relief has since become a staple in the community providing a service to the unwavering loyalty of comic book enthusiasts, filling custom orders and bringing the like-minded together.

After a year and a half of being a reputable business in the community, Jake sought to expand his enterprise by hiring a knowledgeable and trustworthy friend and asset: Josh. Now, together, this dynamic duo, and well of comic book knowledge, are bringing comic books to the immediate community with outreach to nearby cities! Comic Relief is the sole comic book/action figure merchant in and around the Richmond, Indiana area and they intend to stay! 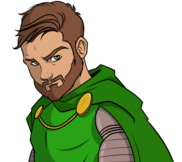 Fill Out The Form Below 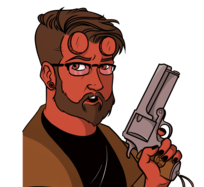 Josh was born and raised in Richmond, IN and brought up on comics. He graduated from Richmond High School and went straight to IVY Tech Community College where he obtained an associates degree in education. After dipping his toes into the human resource manager gig he decided it wasn't for him and worked a quiet desk job while hunting comics on the weekends. One fateful day Josh heard Jake's plea to The Celestials for a knowledgeable enough being to aid Jake in his comic endeavors. The Celestials saw fit to answer young Jake's cries and BOOM! Josh appeared in the form of an angel with a choir lead by David Bowie and Prince. Now both musical legends watch over the shop as it grows more and more prosperous.

"There are only two things you need to know about me. One:  I can check out the beat while my DJ revolves it. And two: I have single-handedly wrestled a manatee before." 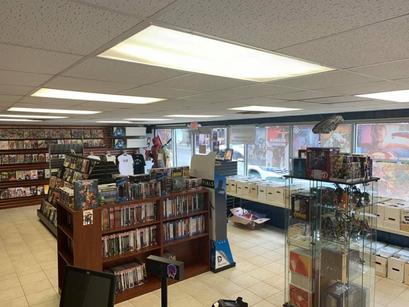